The forms, letters and guides on this page are official and can be downloaded, filled and sent to the parish. 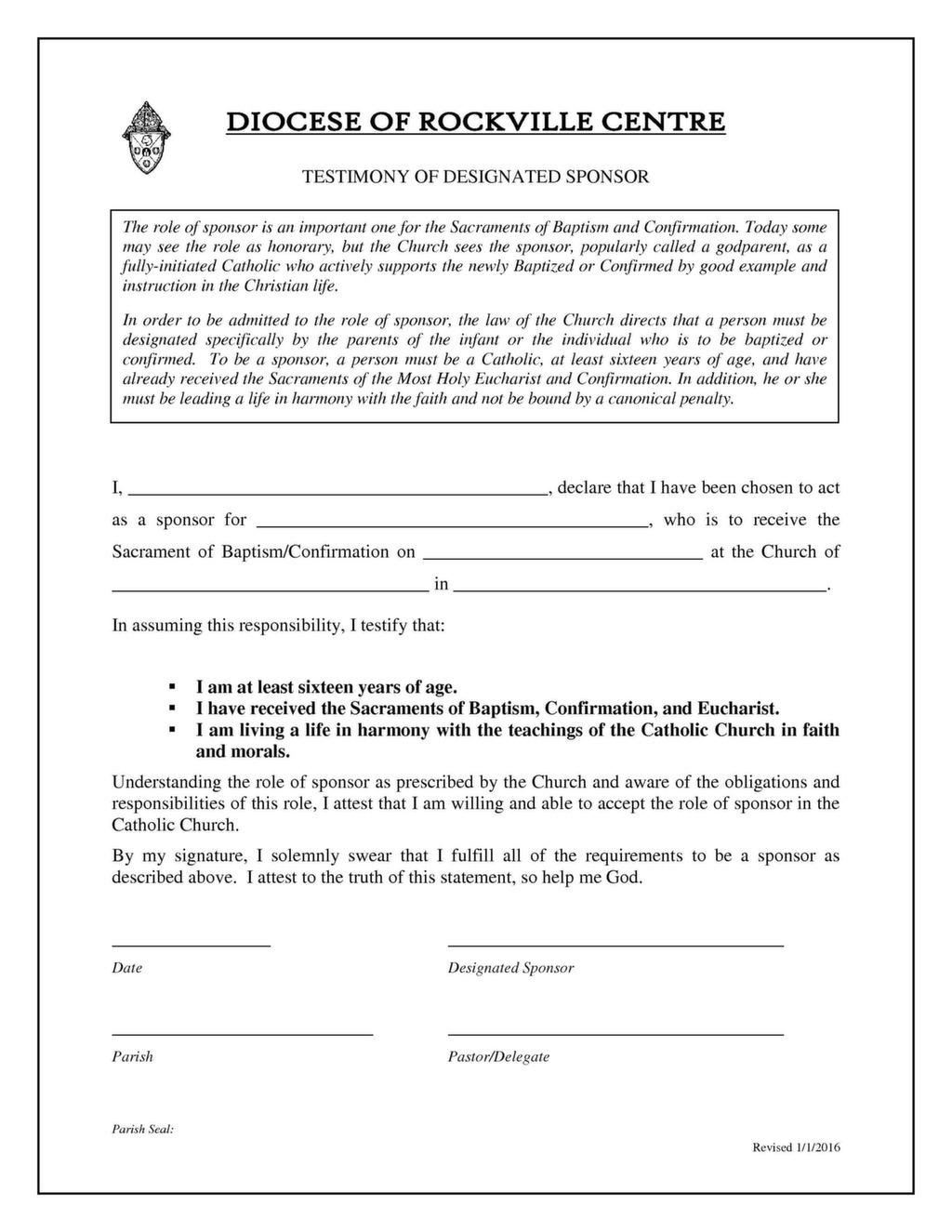 The role of sponsor is an important one for the Sacraments of Baptism and Confirmation. Today some may see the role as honorary, but the Church sees the sponsor, popularly called a godparent, as a fully-initiated Catholic who actively supports the newly Baptized or Confirmed by good example and instruction in the Christian life.